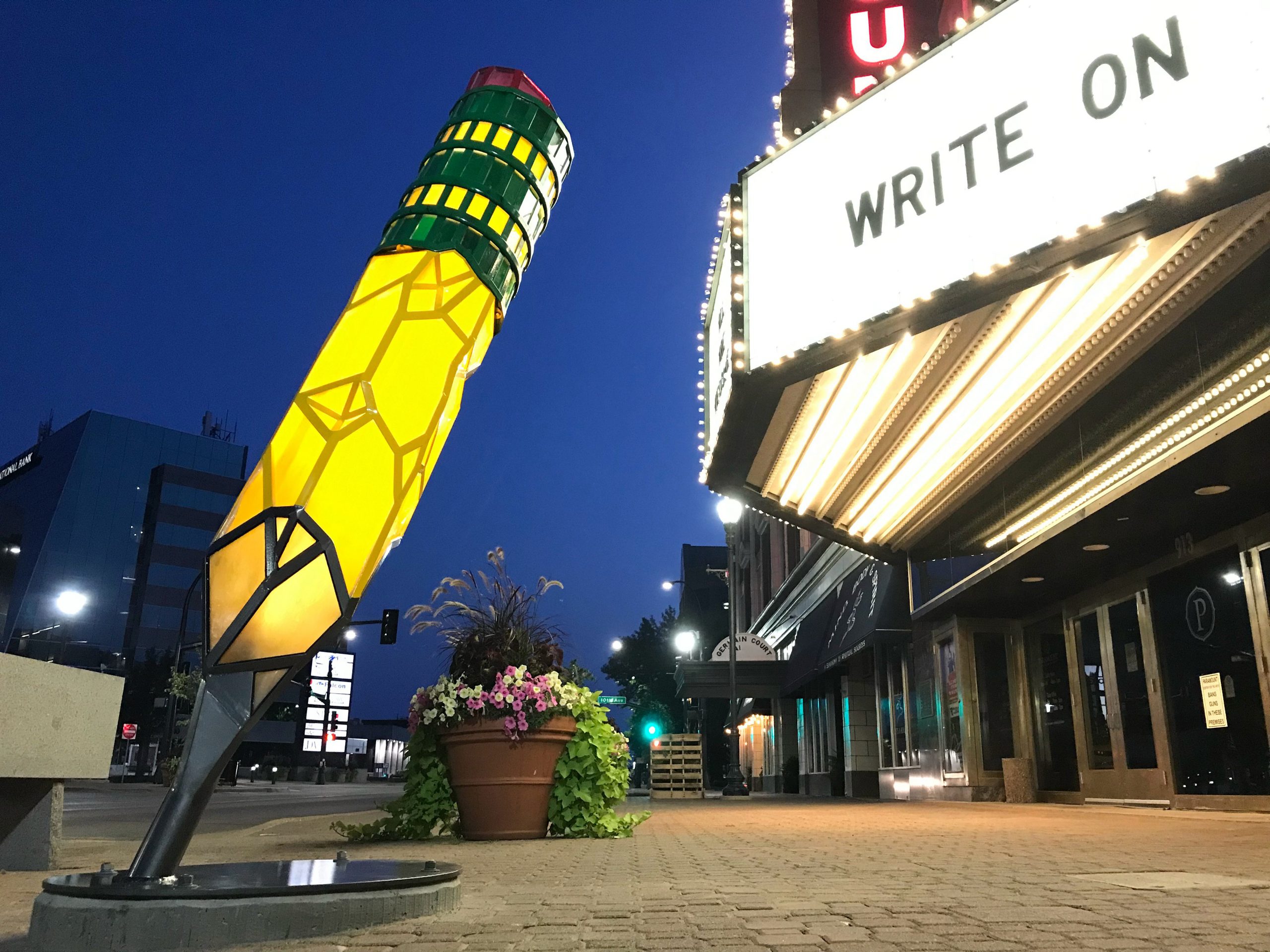 Gifted to the City of St. Cloud by the Paramount Center for the Arts on the occasion of its 100th anniversary, Write On is a call to reflection on the creative process of bringing ideas to fruition.

The Paramount Center for the Arts in downtown St. Cloud is unveiling a sculpture Thursday evening, July 15th, 2021 at 8pm to celebrate the Paramount’s 100th Anniversary.

“Everything starts with an idea. The simplicity of a pencil makes for a trustworthy tool by which to translate those ideas into reality. 1001 ideas later, that loyal friend hangs on – its shaft battle-worn from sharpening and indented from deep-thought nibbling; its eraser worn down to a nub from a commitment to getting things ‘just right’. You’ve got plenty of good ideas left. Don’t stop.”
— Karl Unnasch, Creator of Write On

Standing eight feet high, the faceted work of fabricated steel and backlit opalescent glass in the form of a worn pencil nub was created by Karl Unnasch in collaboration with Mary Bruno, and Sam Spiczka.