Located in the lower level in Studio C throughout April 2022, view photos, posters, original reels attire and much more throughout the decades at the Paramount Theatre. Thank you to the Stearns History Museum for their collaboration on this exhibition. FULL GALLERY ONLY VIEWABLE AT THE PARAMOUNT. 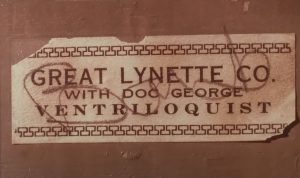 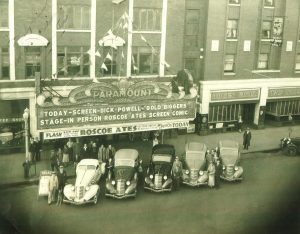 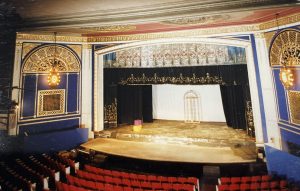 WJON will be airing a live feature story called a “Century in St. Cloud” on their News @ Noon Show. These stories celebrate the 100th anniversary of the Paramount Theatre which opened in December of 1921. Upcoming dates and times will be announced to Paramount email subscribers and on social media.

Read the “Century in St. Cloud” stories on WJON’s website.

Article: Celebrating the 100th Birthday of the Paramount

Ghost Stories From Inside The Paramount 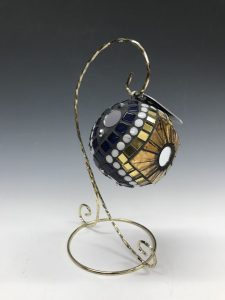 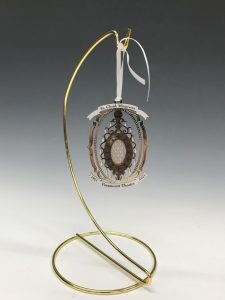 Century In St. Cloud: From Vaudeville to Today’s Musical Acts

St. Cloud, MN (February 10, 2021) — Throughout 2021, the Paramount Center for the Arts will be celebrating the 100th anniversary of St. Cloud’s beloved Paramount Theatre. Several performances, visual arts programs and community events have been planned for the commemorative year, culminating with a special open house on the day of the anniversary, Christmas Eve. 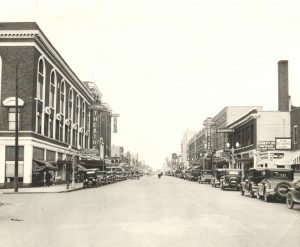 On Saturday, December 24, 1921, the 1700-seat Sherman Theatre opened to the public, showing  D.W. Griffith’s silent film, “Way Down East,” accompanied by a 10-member orchestra. At its opening, the St. Cloud Daily Times called the theatre “a playhouse beautiful,” one that would place “this city of 18,000 in the class with metropolises of many times St. Cloud’s population.” In August 1930, the theatre went through a $30,000 restoration and changed its name from the Sherman to the Paramount, after the famous New York City Paramount Theatre. During the Depression and World War II, the theatre became the epicenter for entertainment in Central Minnesota. After nearly being lost to fire in 1985, a group called the Paramount Preservationists saved the building and restoration plans were completed in 1998. Prior to the pandemic, the Paramount Center for the Arts welcomed over 100,000 people each year to participate in performances, art classes, community outreach and gallery exhibitions. New virtual offerings have taken the place of live performances and classes, as the Paramount’s doors have been closed to the public since March 14, 2020.

Now, in 2021, the Paramount’s Board of Directors, staff, volunteers, donors, and patrons have plans to commemorate the theatre’s rich history and look to the future.

“As I consider the 100th year of the Paramount Theatre, I think of a rich jewel, a diamond, created by stress and pressure, enduring, unconquerable, with many brilliant facets of fire. Besides years of music, dance, plays and films, this theatre has seen war, fire, deterioration, and a pandemic. Yet it stands strong and ready to support the community through art, entertainment, and culture for the next 100 years,” said Bob Johnson, Executive Director.

A number of events have been tentatively planned for the anniversary year, with hopes that Covid-19 cases reduce to a level that will allow some events to take place in-person. Here are some of the highlights:

In addition to these special events throughout the year, the Paramount is working on a number of artist-created commemorative items that will be available for purchase at the Paramount Gift Gallery starting June 1, 2021.

“The Paramount Center for the Arts is here for art, for the thousands who produce it and the tens of thousands who consume it. For a century we have had this emblem of the wider world around us, a gateway between that world and the Upper Plains, through which those who came later could see themselves and share their discovery with the neighbor sitting or standing next to them. When the world comes to St. Cloud and makes it home, part of home is art, and there you find us,” said Paramount Center for the Arts’ Board Chair, King Banaian.

For information about all of these events and other news related to the 100th anniversary of the Paramount theatre, visit www.paramountarts.org or on social media @ParamountArtsMN.

The mission of the Paramount Center for the Arts, located in downtown St. Cloud, MN, is to provide opportunities for artistic production, creative exploration, arts education and the enjoyment of arts and entertainment throughout Central Minnesota and beyond. The Paramount Center for the Arts includes an 800-seat historic theatre – celebrating its 100th anniversary in 2021 – plus over 8500 square feet of visual arts studios, community outreach programs and three gallery spaces. Find out more at ParamountArts.org. 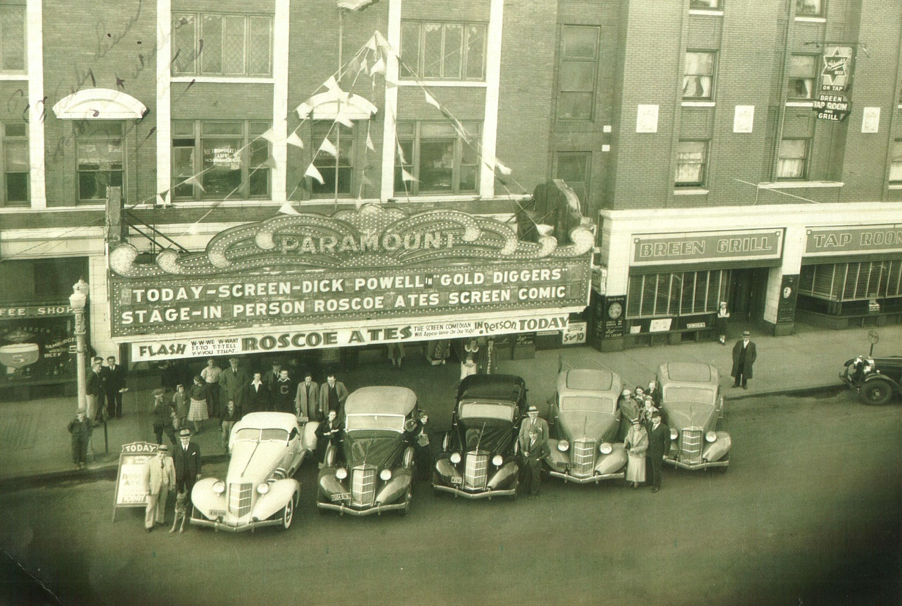 On Christmas Eve, 2021, the Paramount Center for the Arts turns 100 years old!  A passionate team of community members is planning a year-long celebration, beginning in January 2021, to mark this great event and we need your assistance!

As part of the celebration, the Stearns History Museum is partnering with the Paramount Center for the Arts and will be accepting items, artifacts and memorabilia that tell the history of the Paramount Theatre over the years. The items can be given as a long-term loan or for permanent deposit in the Museum collections.  These items will be used to tell the story of the Paramount from its beginnings through the twentieth century.

Items of interest might include anything from family photographs at a special show, playbills, scripts, home movies, ticket stubs, costumes and clothing worn during performances, autographed photos of artists, and more.  Your donations will help us weave the story of the Paramount together through images and objects in displays at the Paramount and Stearns History Museum throughout 2021 and 2022.

We are also collecting your best Paramount stories.  You might choose to write a story for publication or perhaps answer a series of questions for an interview.  Your stories will become a part of the Paramount collection.

Museum staff including Steve Penick, Archivist, and Eric Cheever, Curator, will reply to your inquiry.

Please note:  we are not able to accept chairs from the original theater.

Although it was not the first theatre of its kind in St. Cloud, it was said to be the grandest, with seating for 1,700, a decorative lobby and foyer, a majestic theatre organ, and a stage to accommodate large sets and up to thirty dancers. Entertainers and celebrities enjoyed the Sherman’s private dressing rooms, state-of-the-art “air conditioning system,” and its proximity to St. Cloud’s finest hotel, the Breen. Also built in 1921, the Breen Hotel served as the perfect companion for this lush new theatre with its 180 mahogany-finished rooms, two dining rooms, and elevators that brought guests up to a rooftop garden which, at the time, was the highest point in the city.

Today, these landmark buildings stand as symbols of St. Cloud’s lively, bustling downtown in the “Roaring Twenties.” The Sherman Theatre (originally named after well-known Minneapolis motion picture executive Harry A. Sherman) was renamed the Paramount in 1930 when the theatre underwent its first renovation, adding sound equipment to accommodate the new “talkies” and featuring a new marquee. In 1997, the upper floors of the Breen Hotel, now known as the Germain Towers, were converted to housing units for elderly residents.

We have 100 years of arts, culture and entertainment to celebrate! Memories of the Paramount’s early years… memories of when the building deteriorated and we almost lost the Theatre to decay and disrepair… memories of the dedicated citizens, community leaders and city officials who worked together to save it and bring it back. The Paramount now stands proudly as the true “Center for the Arts” for everyone in Central Minnesota! The Paramount is OUR Theatre.

Please help us tell the story and preserve it for generations to come!